In this tutorial I will give you a brief introduction on how to get started with your first iPad application. To begin you will need the latest version of the iPhone SDK which you can download it from Apple Site. With the SDK you get some tools like Xcode, Interface Builder, new iPad simulator, and many more.

Lets start with the Most Useless App “Hello World” 🙂

In this tutorial i will show you how to make a simple image view in iPad. After completing this tutorial your App should look like this: 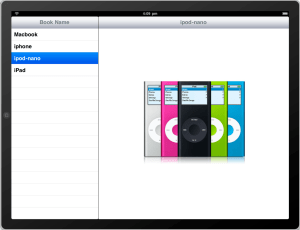 Creating a new project
Launch Xcode and click on File -> New Project -> Select Application (under iPhone OS) -> select Split View Based Application. and then give the name iPadHelloWorld (or anything else) ->save it. 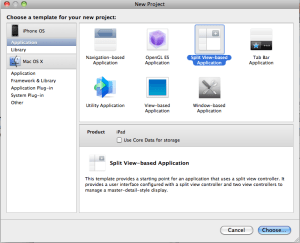 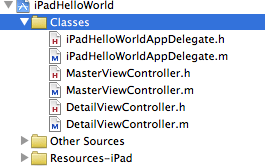 Now follow the Screen Shot and do the same:

1. In your MasterViewController take NSMutableArray and give the name Images.

2. In ViewDidLoad alloc the array with image name.

3. In number of Row of Table return [images count].

5. Here you select the row for the Detailview.

6. Now in Detail View take one UIImageView name it myImageView then synthesize it.

7. In DetailItem open the image in the ImageView.

9. Open DetailView Xib and take one ImageView in this and connect this with myImageView.

The new Apple iPad is a revolutionary device for browsing the web, reading and sending email, enjoying photos, watching videos, listening to music, playing games, reading e-books and much more. iPad’s responsive high-resolution Multi-Touch™ display lets users physically interact with applications and content. iPad is just 0.5 inches thick and weighs just 1.5 pounds— thinner and lighter than any laptop or netbook. iPad includes 12 new innovative apps designed especially for the iPad, and will run almost all of the over 140,000 apps in the App Store. iPad will be available in late March starting at a price of $499.

“iPad is our most advanced technology in a magical and revolutionary device at an unbelievable price,” said Steve Jobs, Apple’s CEO. “iPad creates and defines an entirely new category of devices that will connect users with their apps and content in a much more intimate, intuitive and fun way than ever before.”

iPad features 12 next-generation Multi-Touch applications. Every app works in both portrait and landscape, automatically animating between views as the user rotates iPad in any direction. The precise Multi-Touch interface makes surfing the web on iPad an entirely new experience, dramatically more interactive and intimate than on a computer.

Reading and sending email is fun and easy on iPad’s large screen and almost full-size “soft” keyboard. Import photos from a Mac®, PC or digital camera, see them organized as albums, and enjoy and share them using iPad’s elegant slideshows. Watch movies, TV shows and YouTube, all in HD or flip through pages of an e-book you downloaded from Apple’s new iBookstore while listening to your music collection. 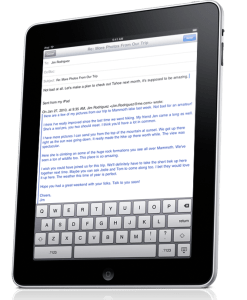 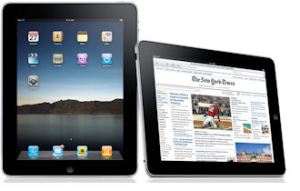 Apple released a new Software Development Kit (SDK) for iPad, so developers can create amazing new applications designed to take advantage of iPad’s capabilities. The SDK includes a simulator that lets developers test and debug their iPad apps on a Mac, and also lets developers create Universal Applications that run on iPad, iPhone and iPod touch.

Let’s move for something Bigger 🙂